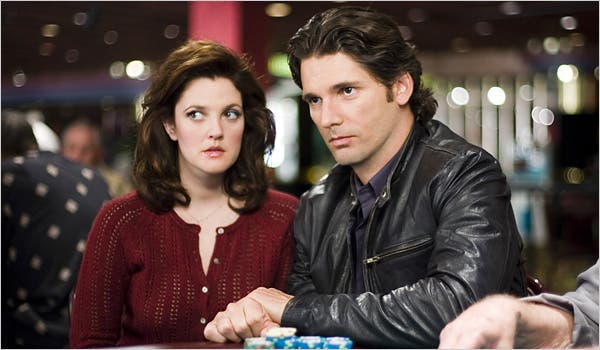 Do you know the most remarkable thing about poker? It is the grandiose drama of the game itself. Poker is a lot about bling and flashiness in movies and TV shows. Hollywood has practically made poker synonymous with blues or jazz music, flashy lights, men in suits, and women in gorgeous silks.

Therefore, undoubtedly, the game is just as incredible to watch as it is to play. If you are an ardent poker fan and want to become a part of the online poker world, click https://www.mpl.live/poker.

But do you want to take a little break from the constant dealing, folding, and raising chips? Give yourself a little time out while entertaining yourself by watching these riveting poker movies.

Lucky You follows the story of Eric Bana (Huck Cheever) and Robert Duvall (L.C. Cheever). Huck is looking to make it big in the world of poker but is living in his father’s shadow. His father, L.C. Cheever, is a two-time WSOP champion.

Father and son arrive at Las Vegas to participate in the same tournament, and this is the chance for Huck to make it in the poker world and restore his broken family relationships. Huck has some unresolved issues because his father left his mother. So, in the movie, poker acts as the medium for Huck and his father to reconnect and fix things.

Throughout the movie, you can witness a lot of poker action.

Stu’ The King’ Ungar has marked an era in the poker world. However, new generation players might have never heard this name.

The movie revolves around Stu’s rise and fall and traces his story from the early days of playing gin rummy to playing Texas Hold ’em. Stu dominated the poker world until his unfortunate demise.

In the movie, you’ll see plenty of cards, but the story of Stu is also worth learning. You’ll know about the demons that resulted in his career-ending before than it should. Although Ungar had a self-destructive personality, it doesn’t diminish his poker greatness.

One of the latest poker movies to hit the big screens is Molly’s Game. It is a true story based on Molly Bloom, AKA Poker Queen. Molly used to run high-stakes games featuring the most prominent business people, Hollywood celebrities, and professional players.

In Hollywood’s adaptation of Molly’s life, Kevin Costner, Idris Elba, and Jessica Chastain are roped in to act. The movie covers everything from her young life as an aspiring Olympic-class skier to organizing illegal, private poker games.

Even though some situations and scenes feel slightly exaggerated, the script isn’t half-bad, and the writer got most of the things right. Poker game purists also didn’t find much to complain about.

Rounders is one move that finds itself on the list of every poker player. It is a brilliant movie released in 1998 and stars Edward Norton, Matt Damon, Gretchen Mol, and John Malkovich. Also, Rounders made serious references to Texas Hold ’em, and it was the first poker movie to do so.

Although a highly skilled and talented player, Mike didn’t grasp the concept of bankroll management. Mile loses his role in high-stakes games against Teddy KGB. The setback was too much for Mike, and he promised his girlfriend (Mol) and himself that he would quit poker. But when his friend Worm is released from prison and finds himself in need of quick money, Mike heads back to the poker tables. The two of them embark on an adventure filled with lots of adrenaline and poker action.

Rounders is much more than a poker movie. It tackles subjects like loyalty, friendship, and the importance of believing in oneself. If you are only interested in the poker part, know that the writers did not pay much attention to bet sizes and things like that. However, this is a common mistake in most poker movies, and you can overlook them. Such errors don’t take anything away from the film, and you can put this movie on your download list right away.

The deal is a 2008 poker film and one of the most controversial movies on this list. The movie isn’t a masterpiece, but it is a decent watch. The film features Bret Harrison (Alex) and Burt Reynolds (Tommy). The story revolves around Tommy, and he is an ex-player. He is teaching Alex strategies and tricks to take on the poker world to make a lot of money. In return for his lessons and making him capable of competing in tournaments, Tommy wants half of Alex’s winnings.

The plot is straightforward, but there are many poker scenes, and few of them have appearances from Mike Sexton, Phil Laak, and Antonio Esfandiari.

If you love the game, Deal is a movie that you must add to your must-watch list because the makers created the film with hardcore poker fans in mind. Hence, the film has always struggled to please the crowd, but that’s precisely what makes it a great movie to watch if you are a poker fan.

So, when you have used up your poker budget or need to blow off some steam to rejuvenate and join a new poker tournament, you can watch one of these movies. These movies will remind you of poker and why you love the game.