Monopoly is one of the world’s oldest and most popular board games. It originated in the USA back in 1903 and is now played all across the planet. The board game was first commercially sold in the 1930s during the Great Depression, and it took off almost instantly.

The world has changed since the 1930s. People are more prosperous, technology has advanced the way no one back then could have imagined, and we have a lot of options regarding activities. However, despite the changing of the times, the influence of phones and TV and that thing called ‘the internet’, Monopoly remains as popular as ever.

Over the years, there have been different editions of the game. The increasing popularity of movies over the past four or so decades has made a huge impact on Monopoly. Now you can find Lord of the Rings Trilogy edition, Star Wars Complete Saga edition, Despicable Me edition and Batman Collector’s edition. The widely popular action-adventure video game series Grand Theft Auto also has its own Monopoly edition. There are also spin-off Monopoly games. Below we take a look at five interesting Monopoly editions. 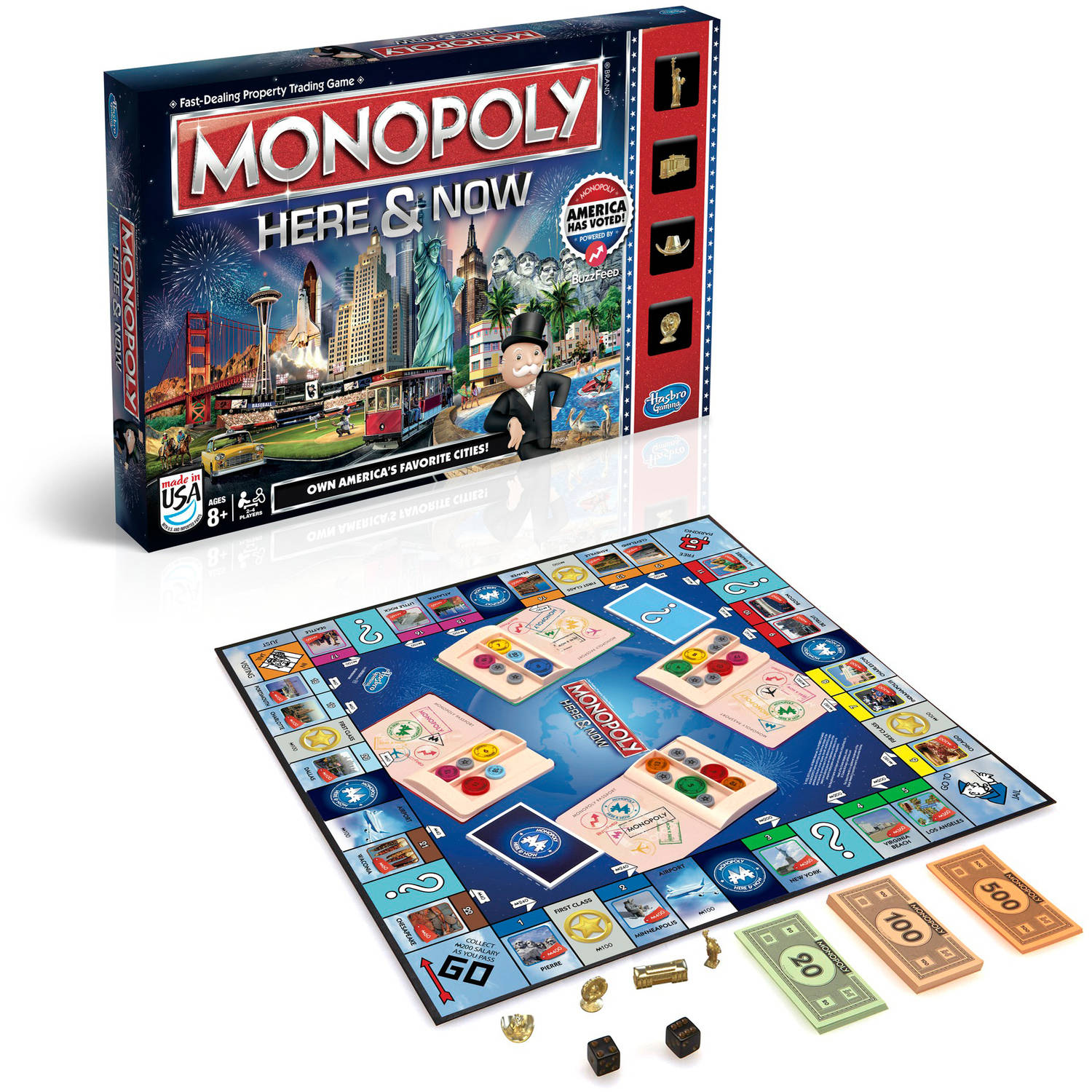 Monopoly: Here & Now is a very interesting and quirky video game adaptation of the original board game. This is a fast-paced game in which players race around the board and collect passport stamps from the various cities they visit. The first player to fill their passport is the winner of the game. London and New York are some of the well-known and popular cities featured in it. The game also features iconic tokens such as the Sydney Opera House, the London Eye and the Eiffel Tower in Paris. The problem with this game, which was first published in 2015 and costs £16.99, is in updating the prices and money, which could leave some confused and rather frustrated.

James Bond may be a fictional character, but the 007 agent is one of the most popular characters to grace the silver screen. Created by English author Ian Fleming, the MI6 agent has been the subject of over 20 movies, and it isn’t a surprise that there is a Monopoly edition after him. James Bond 007 Monopoly costs a whopping £155.99, but the game, which is for two to six players, does not disappoint. Among the collectable pewter tokens are Aston Martin DB5 Car and Bond’s Jetpack.

The ever-lasting popularity of the board game has also made an appearance in online casinos. One of the most interesting titles is the Monopoly Big Event slot, available on Sun Bingo. This is five-reel, 20 payline title with three rows which includes features based on the board game’s classic mechanics, such as houses, hotels and jail. While in other Monopoly editions (apart from the ‘spare change’ edition actually), you play with ‘fake’ money, this slow game allows you to win real money, with spins available from as little as 20p. This online slot is another example of how Monopoly has retained its relevance in the modern world and is going to stick around for a long, long time. 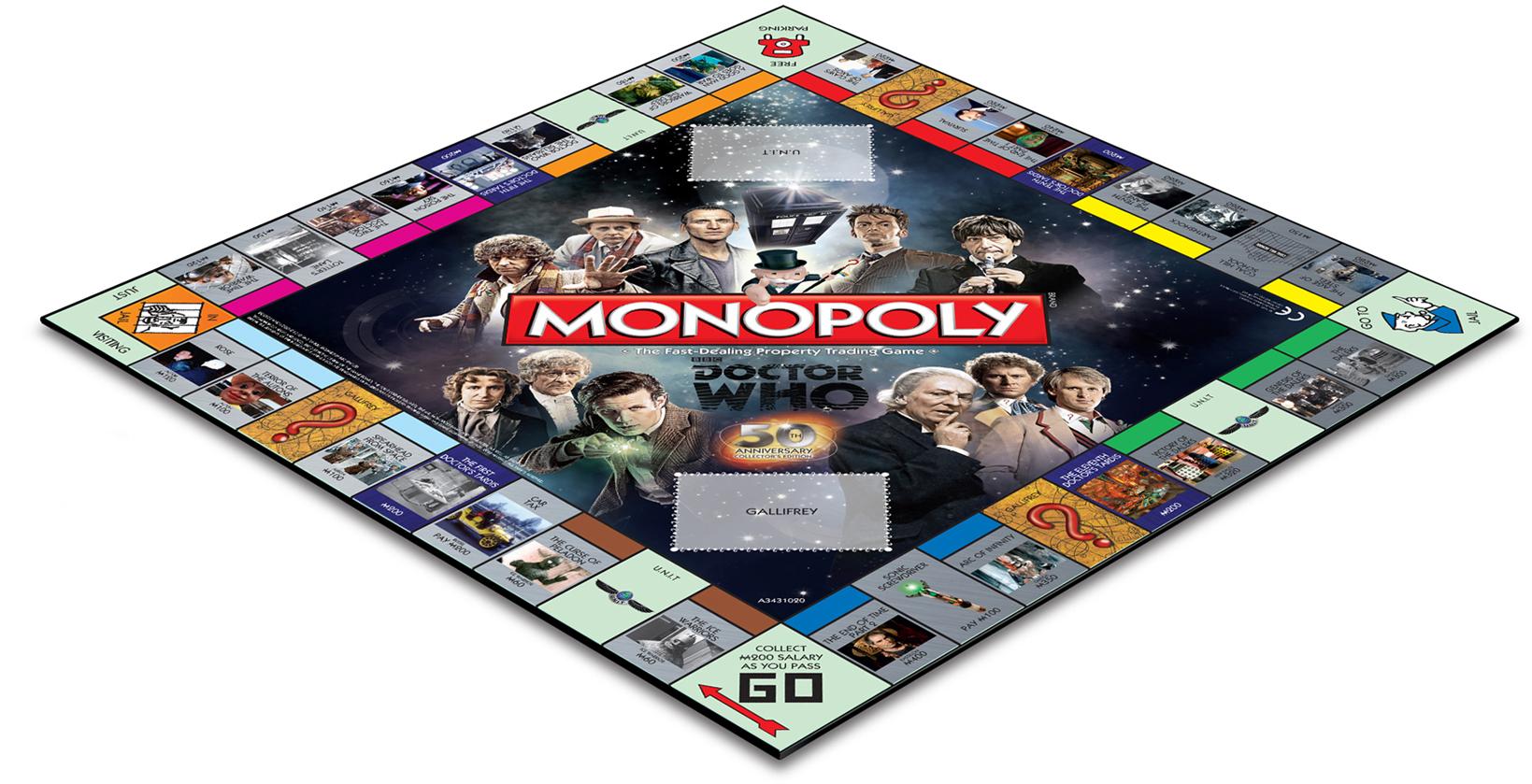 Doctor Who is the world’s most famous and popular ‘doctor’. The BBC television sci-fi series is about an alien Time Lord from a different planet who travels through time and space; he does not die, but regenerates into a new body and takes on a new personality. The popularity of the show has manifested itself into various games. Doctor Who Monopoly 50th Anniversary edition is one of the better ones. Published in 2013, this edition celebrates 50 years of Doctor Who. It features all the 11 doctors, costs £32.93 and features special extra tokens, including the doctor’s scarf. 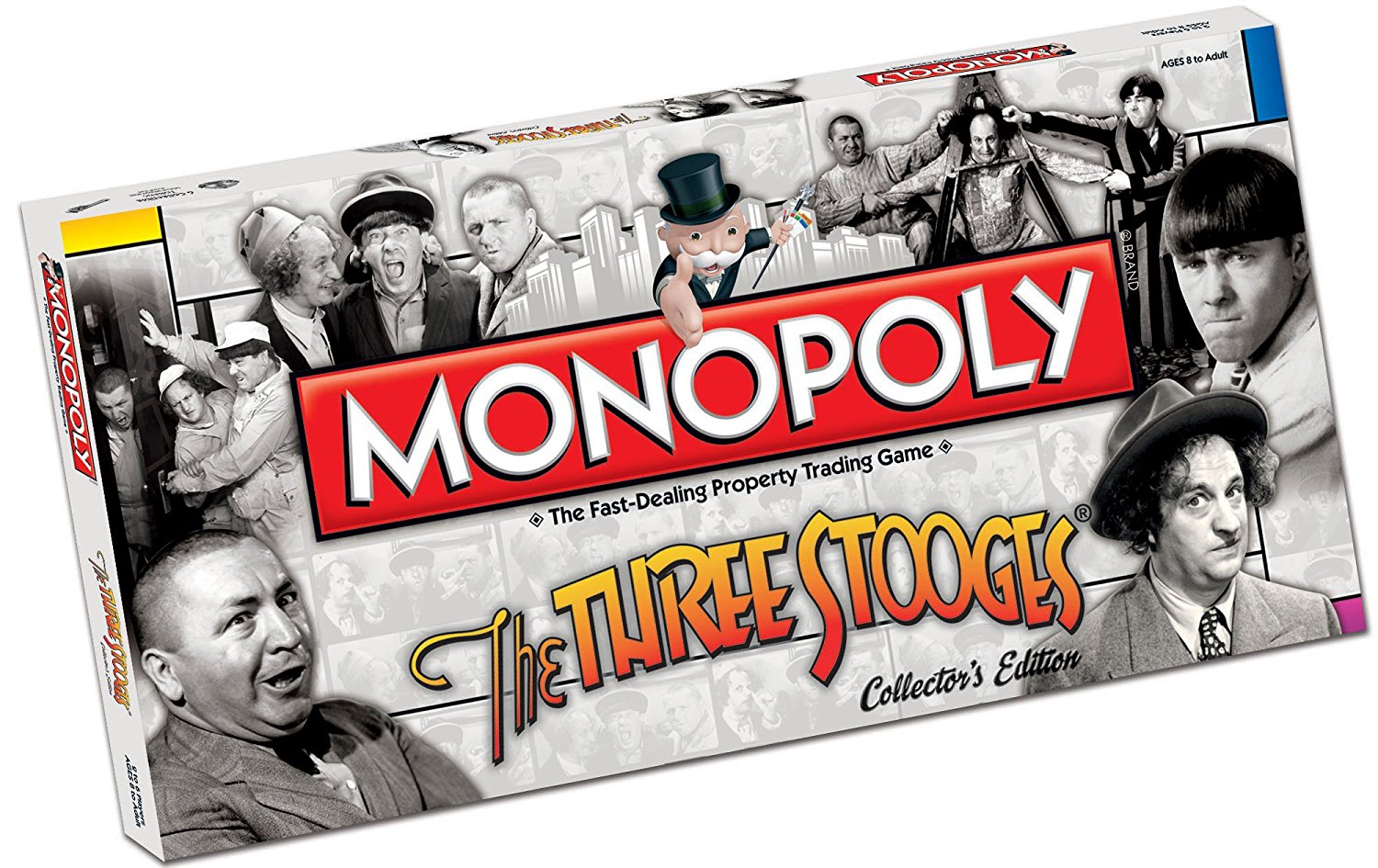 The Three Stooges may not have been active since the late 1960s, but they remain one of the most popular comedy teams in the world. The trio of Curly, Larry and Mo made almost 200 short subject films which are shown on television to this day. The Three Stooges Monopoly, which costs £177.59, features some memorable locations from the movies and some attractive tokens, such as Mallet and  Pipe wrench. This is a Monopoly edition that will make you laugh and laugh.