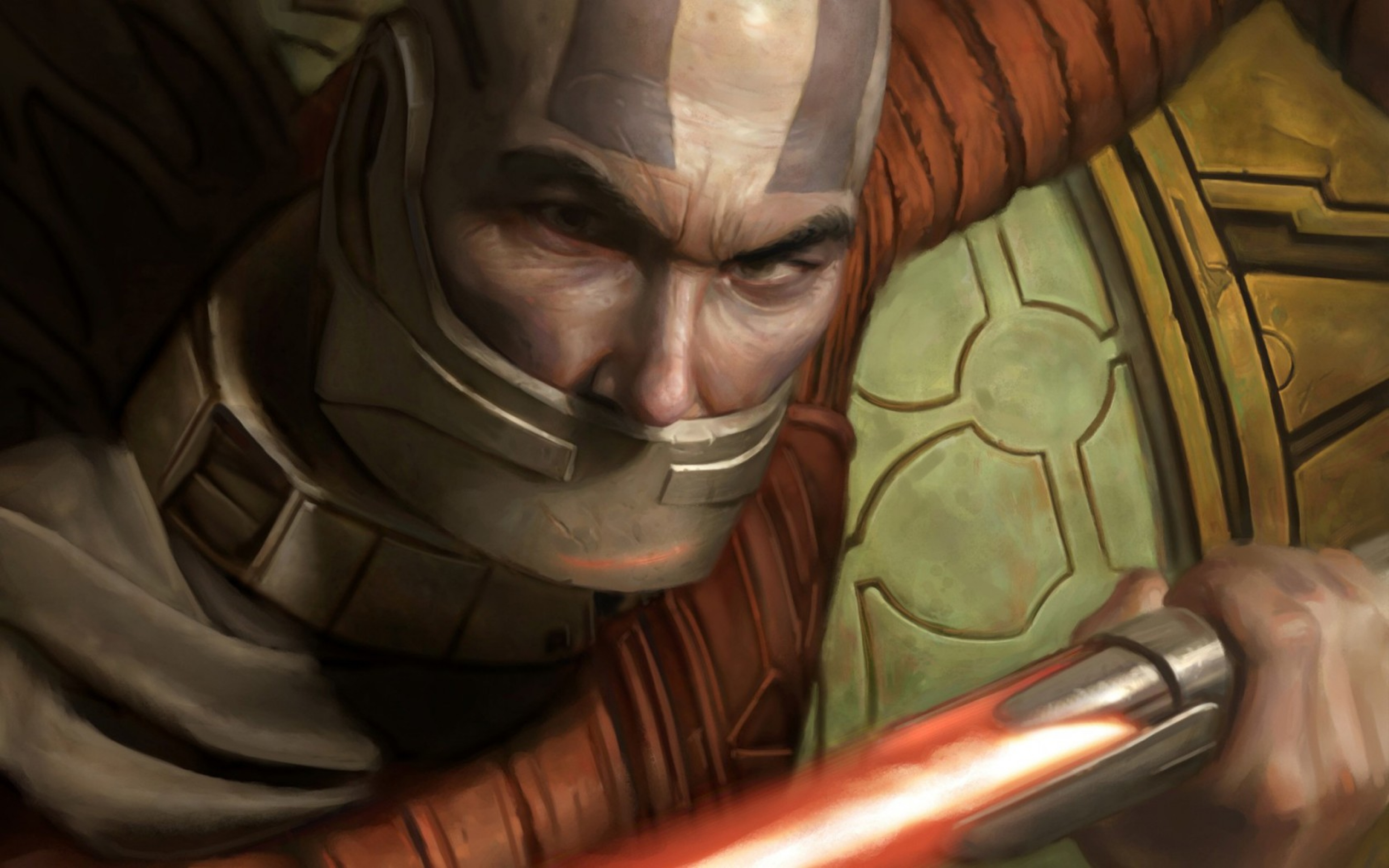 On May 25, 1977 the words “A long time ago in a galaxy far, far away” were first seen by movie goers in the theaters. No one could have predicted that the start of this movie would serve to launch the biggest movie franchise of all time. Star Wars began the love affair Hollywood and movie fans had with big budgeted science fiction blockbusters and it and its five sequels (technically two sequels and three prequels) have brought in a combined total of over $2 billion in ticket sales alone. That’s not counting all of the various revenues brought in by toys, animated shows and spin-offs, novels, comic books and the like. It’s by far the biggest movie franchise in history.

Star Wars creator George Lucas has always been a maverick when it came to movies and he also helped the game industry as well by launching LucasArts in 1982. With classic games like Ballblazer and the terrific selection of adventure games created by the company in the late 1980s and 1990s, LucasArts would be well remembered just for those efforts alone. However, LucasArts only began making and publishing Star Wars themed games in 1993 with the release of the PC space combat sim X-Wing. Since then the company has published nearly all Star Wars themed games and developed many of them at their in-house studios. While sometimes the results were mixed a number of the Star Wars themed games published by LucasArts became not just great Star Wars games but some of the best games ever made, period.

With the 30th anniversary of Star Wars’ release to theaters this week, we decided take a look at the 10 best LucasArts’ published games based on the franchise. While a lot of these games are not in print anymore, many are still sold either in stores or can be found on eBay or other locations.

Created in-house by LucasArts and released in 2005, this PC-Xbox first person action game brought the tactical shooter genre to the Star Wars game franchise. As with other Star Wars games on this list you get to play as the “bad guys” of the Republic Army in between the events of the movies Episode II and II (before they come under full control of the Emperor). The use of the Unreal Engine combined with the tactical game design has you controlling a group of special clones as they fight the enemies in the Clone Wars conflict.

When id Software’s Doom became a huge hit in the mid 1990’s LucasArts decided they wanted in on this growing first person shooter genre. Many companies after Doom’s tried and failed to match the gameplay id created, but LucasArts’ use of the Star Wars license combined with excellent level design, sharp 2D graphics and storyline involving Darth Vader’s attempts to create an advanced Storm Trooper (the Dark Troopers) made the original Dark Forces game (released in 1995) an entertaining title. Of course there was not any multiplayer in Dark Forces but that’s what sequels are for, after all.

Making a strategy game based on the Star Wars universe seemed to be an impossible task. Failures like Rebellion, Force Commander and Galactic Battlegrounds littered the field. Developer Petroglyph (made up largely of former Westwood Studio team members who helped develop the Command and Conquer series) final got the call to make the definitive Star Wars RTS game and they delivered in early 2006 with Star Wars: Empire at War. Finally we got both the land and space battles we wanted all this time along with an expansive campaign to take over the Star Wars universe. You can bet good money that LucasArts will be making a full fledged sequel to this title one of these days.

The first ever LucasArts developed and published PC Star Wars themed game, this space sim got gamers inside an X-Wing fighter to take on the evil oppression of the Galactic Empire. Developed by Larry Holland, this game was extremely immersive for its time and started a game series that would include three full fledged sequels as well as an expansion pack.

The original Lego Star Wars game wasn’t actually published by LucasArts but by UbiSoft and even though it retold the events of the not-so-much-liked prequel movie trilogy it turned out to be a huge seller. LucasArts wised up and published the second game in the series in 2006 with developer Traveller’s Tales retelling the events of the original movie trilogy. It’s short and it’s not exactly a hard core game but the combo of Star Wars and the movable blocks of Lego combine to create an truly enjoyable experience.

Released in 2002, this game is notable for several reasons. One is that it’s developed by Raven Software, one of the best game developers in the first person action business. Another is some great looking graphics thanks to the use of the Quake III Engine that was modified by Raven. But the best thing about this game is the impressive melee combat that Raven created for the light saber duels. Both in single and in multiplayer there has never been a better use of Star Wars’ iconic weapon in games than in Jedi Outcast.

As good as X-Wing was, most space sim fans regard its first full fledged sequel, TIE Fighter, to be a superior game when it was released in 1995. With better graphics, a more involved storyline and overall a better game design, TIE Fighter made you play as the “bad guys” as you piloted a number of Imperial space craft to crush the insignificant Rebellion. An expansion pack for the game was also released.

While the original game in the Rogue Squadron series was a solid action game, the sequel from developer Factor 5 really upped the ante in full blown space based arcade shooting action. It’s also notable in that it was a exclusive GameCube title that was one of the very few highlights of the Nintendo’s launch of the console in 2001. With some great graphics and its use of both recreated Star Wars battles and original sequences, Rogue Leader is just a fun time for all without the heavy space sim stuff that the X-Wing/TIE Fighter games have.

While the original Dark Forces first person shooter was quite a good game there was definitely room for improvement. However, gamers were not prepared for how improved the sequel, Dark Force II: Jedi Knight, actually turned out to be when it was released in 1997. Following the journey of the first game’s main character Kyle Katarn, the game turns this Han Solo like fighter into a true Jedi Knight. The combo of first person action, the use of Force powers, some incredible level design and a storyline that depending on how you used your Force powers could turn Kyle to the Dark Side makes this title one of the best first person action games ever made.

It was a tough call to pick the best LucasArts published Star Wars game but ultimately this 2003 PC-Xbox classic RPG from developer BioWare was our choice for the number one spot for various reasons. One was it takes place thousands of years before the movie series, giving the game a fresh look at the entire franchise. Another reason is the impressive way that BioWare mixed great storytelling while still giving the player a way to determine his or her own destiny. Yet another is the use of d20 turn based gameplay while still giving players a sense of real action and combat. BioWare’s impressive in-house graphics engine is a big plus as well. Add up all of these factors along with others we don’t have time to mention and you end up with not only the best Star Wars game ever made but one of the very best games ever made, period.