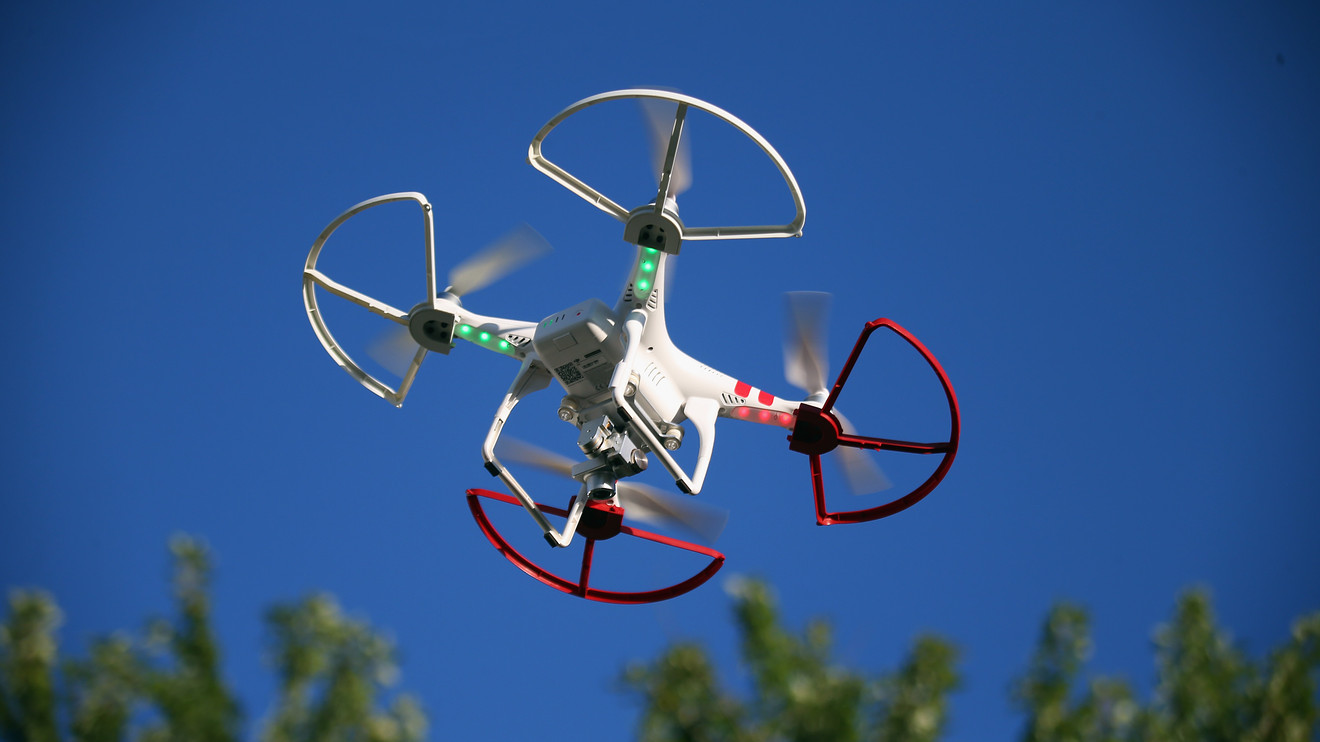 We live in age where technology is advancing at an unprecedented rate. This has seen incredibly rapid improvements in a variety of sectors, from healthcare, to transportation, to consumer electronics. It’s the latter that we want to look at today, with a particular focus on tech gadgets.

Any dreams that gadget fans had twenty years ago have surely all come true by now: we can carry our entire collection of photos and music in our pockets, we have personal virtual reality headsets, self-driving cars are on their way, and so on.

Gadget fans – ourselves included – are never quite satisfied, however! We always want to know what’s around the corner, and how else our lives might change with the upcoming technological innovations. That’s why we took the time to research the landscape, and bring you the best tech gadgets which are arriving in 2018. Let’s get started! 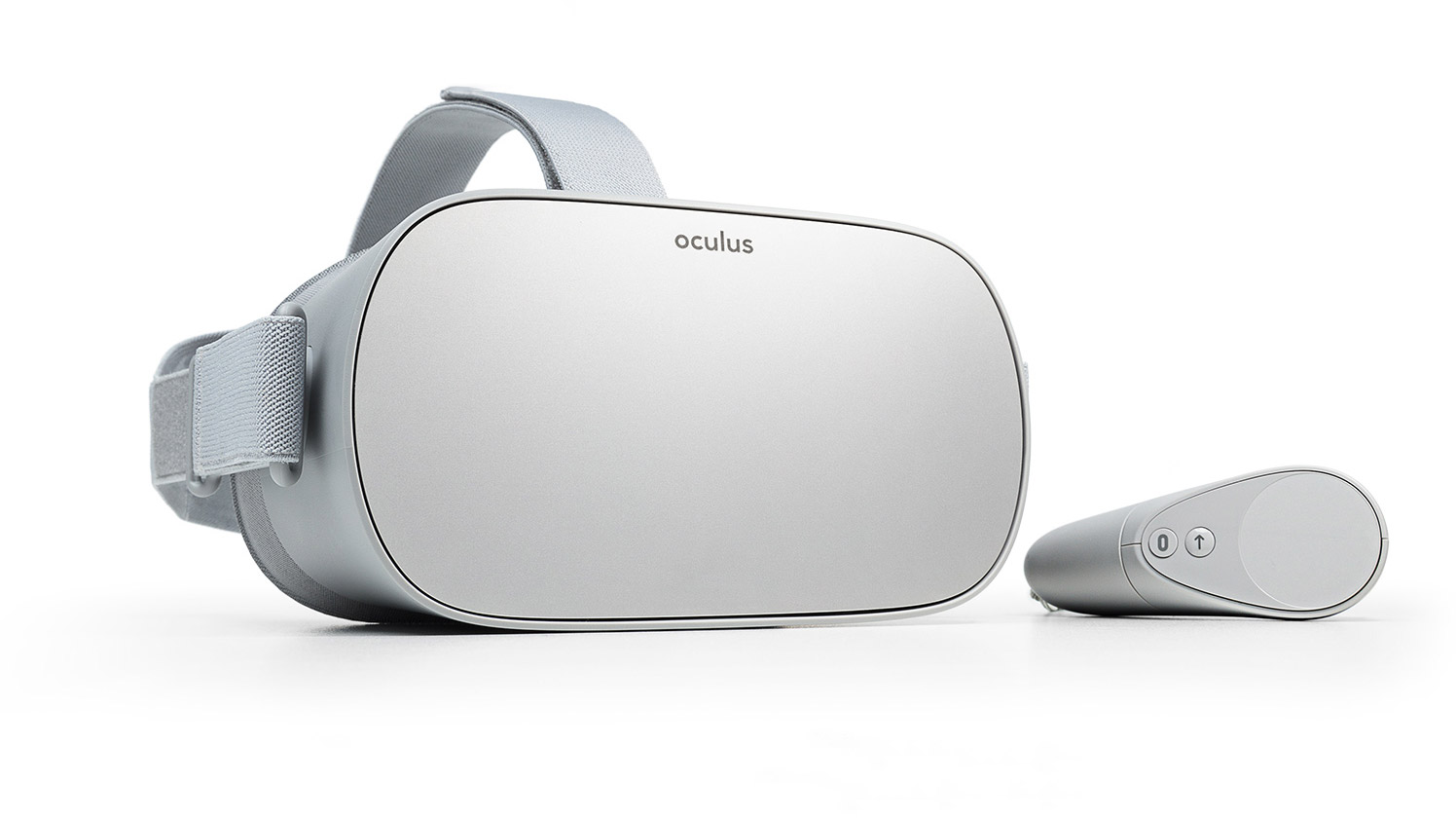 Having been a pipedream for so many years – decades, even – consumer virtual reality headsets are finally with us.

The first efforts came out a few years ago, of course, but they were beset with problems like low resolutions, and frequently caused motion sickness for users. Fortunately, things have moved on leaps and bounds since then.

Primarily, this has been because there has simply been more competition. Initially the scene was dominated by the Oculus Rift, but we’ve since seen the popular PlayStation VR, and arguably the best of the bunch, the HTC Vive.

It will be fascinating, therefore, to see how Oculus bounces back. And, whilst we’re sure the Oculus Rift will continue to be improved, and we may even hear news on an Oculus Rift 2 at some point next year, their most exciting product is the upcoming Oculus Go.

One of the major criticisms of VR headsets has been that their high price tags alienated regular consumers. It’s fantastic to learn, therefore, that the Oculus Go will be available from the beginning for a more budget-friendly $199. It will also be completely wireless, and has been designed to be as comfortable to wear as possible, but you’ll still be able to do all of your favourite VR activities, from playing games to watching TV shows and sports.

With the release of the Oculus Go in early 2018, VR might finally break through into the mainstream of consumer electronics. 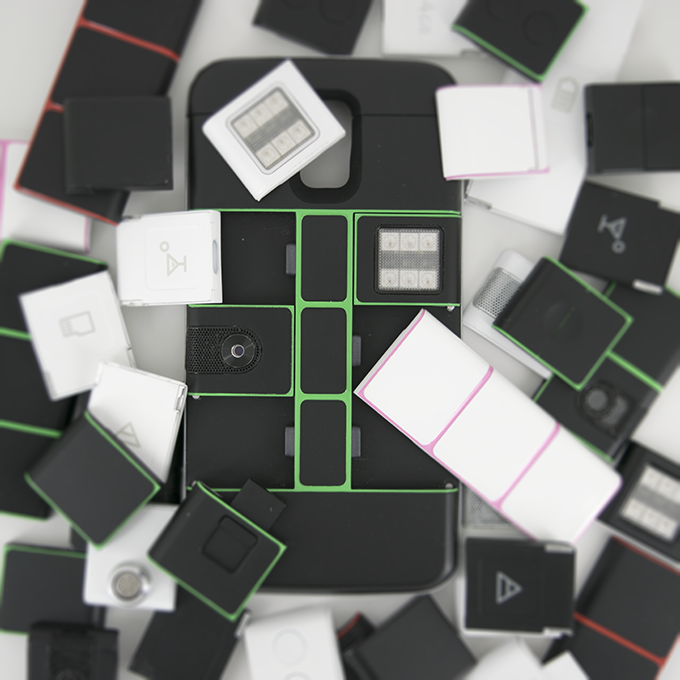 Modular phones aren’t a brand new idea; they’ve been in development since at least 2011. That being said, they still haven’t really taken off.

Moduware is aiming to change all of that. For the uninitiated, modular phones are phones (obviously) with a basic skeleton, to which you then insert modules of your choosing – new batteries, new speakers, etc. – as opposed to simply having a ready-made, unchangeable phone straight out of the box.

It sounds like a pretty good idea, and surely the failure of modular phones so far has been down to poor execution. Moduware certainly seem to know what they’re doing, and secured a sizeable sum through crowdfunding to make their vision into a reality. They’ve already announced a series of cool-sounding modules which are aimed at different target markets (businessmen, manual workers, and so on), and they also promise unprecedented battery longevity.

We wouldn’t bet the house on this being a runaway success, but if Moduware can live up to their lofty goals, they could have a game-changer on their hands.

Drones are another area in which there has been remarkable progress in the past few years. Again, it’s incredible how far we’ve come when stable, precisely-controlled drones are available to everybody at an affordable price.

It will still, however, be interesting to see just how far the technology can progress in the short to medium term future. Undoubtedly one of the most intriguing companies in the sector is Ambarella.

Instead of going all-in on novelty features, Ambarella focus on things that you actually… you know, care about: things like image stability for cameras in their drones, and increased resolution for those cameras (potentially as much as 8K, at 30fps).

With companies like Ambarella leading the charge, consumer drones could absolutely see another massive leap forward in 2018. 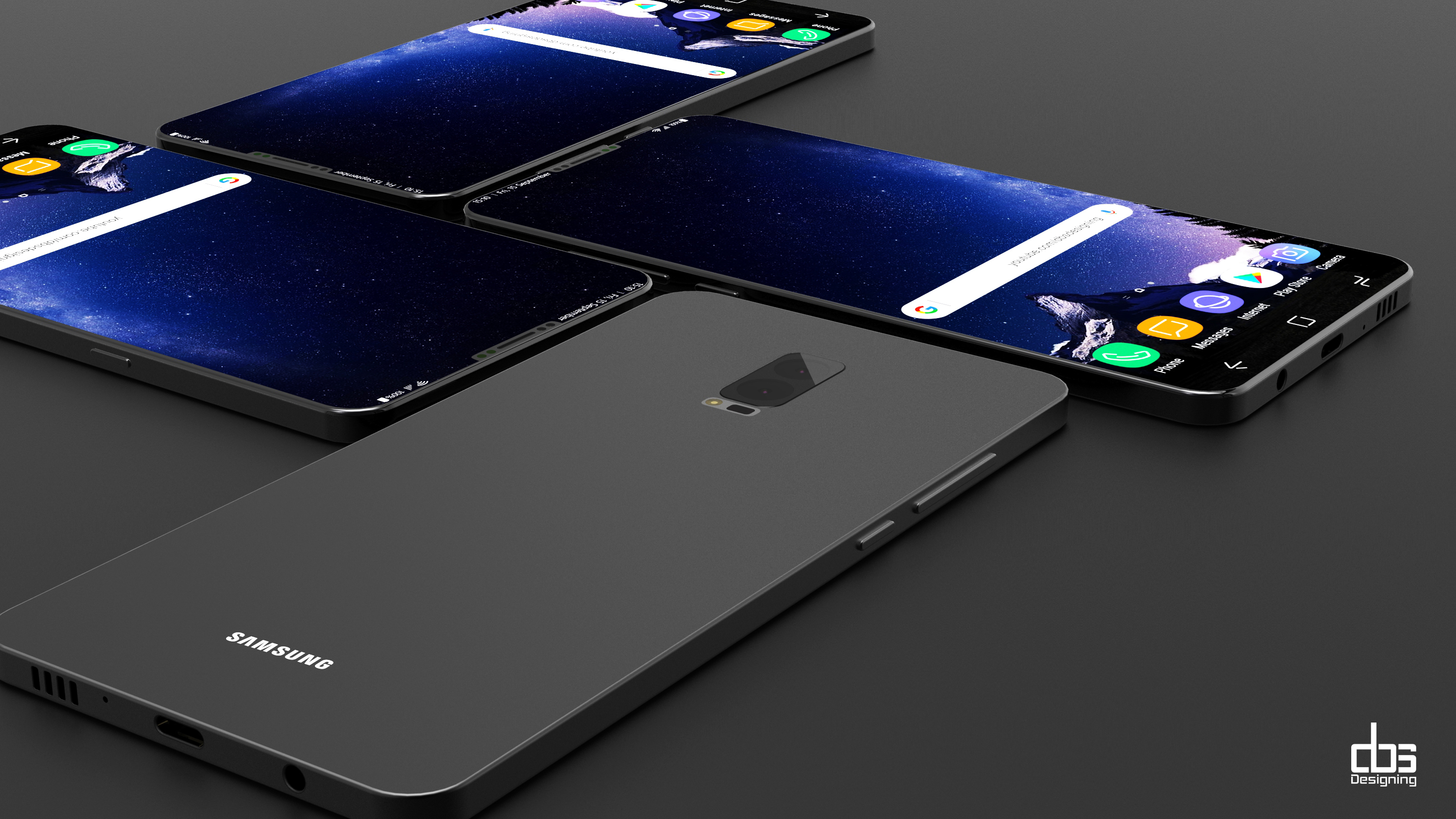 The technological developments in the field of smartphones previously seemed unstoppable, but we’ve hit something of a plateau in the past few years. That might all be set to change, thanks to the ever-intensifying war between the market’s two biggest players, Samsung and Apple.

Many would argue that the Samsung Galaxies have already trumped Apple’s iPhones, and the gap could grow even wider with a rumoured new chip that would dramatically boost download speeds, and an (again rumoured) new camera which would shoot video at an incredible 1,000fps. How Apple respond to that, particularly considering the muted response that their 2017 announcements received, will be fascinating. 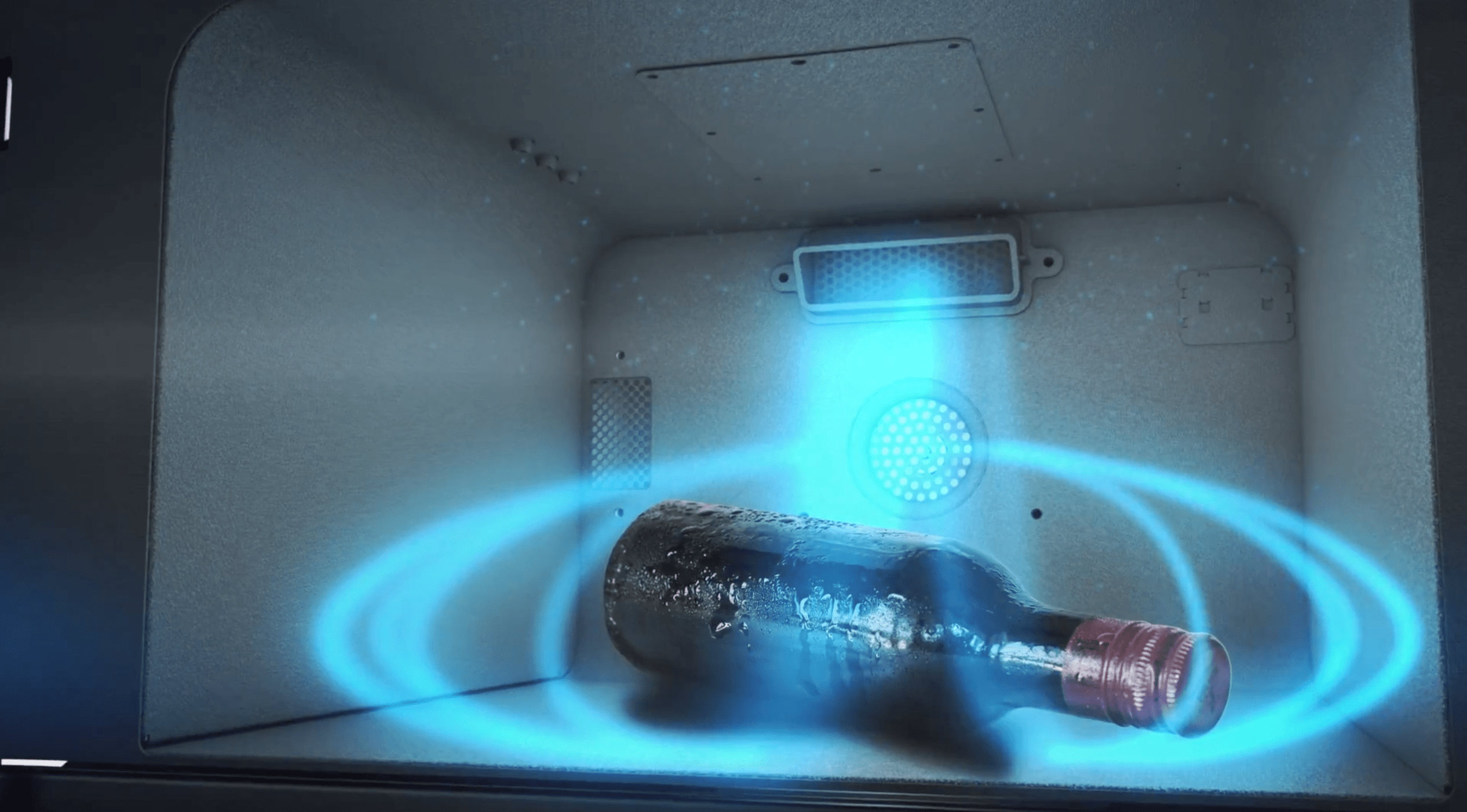 You might generally think of microwaves as being devices that heat things up, and you’d be right. The Frigonda will change everything, however. Alongside its more pedestrian heating function, it will also have an incredible blast-chilling feature. Stick something inside, select that option, and it will lower the temperature of your chosen object impressively quickly.

The days of getting home with a crate of lukewarm beer, and having to wait patiently whilst it cools down in the fridge or freezer, are finally coming to an end!